"You're the One That I Want"-- Album Cover of the Week

The Original double album Soundtrack from the Motion Picture Grease was released in 1978 and was a #1 hit for Olivia Newton-John and John Travolta.  To date it has sold over 28 million copies worldwide, becoming the sixth best selling soundtrack album of all time.  Visit Vendor #48 to find your copy! 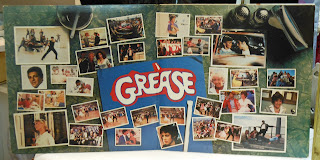 Booth4
It's about the love of all things vintage, retro, antique and unique. It's also all about the South and our Southern Lifestyle. We love downtown Milledgeville and "Milly Style" --what we're wearin in the 'Ville and what is happening downtown. If you love all things southern, vintage clothing, vintage albums and rummaging through flea markets and antique stores please come visit us at Old Capitol Treasures in downtown Milledgeville, Georgia. You'll be inspired and amazed and you may find exactly what you're looking for!